UC Berkeley Ranks #2 In The World for Entrepreneurship UC Berkeley has once again ranked #2 in the world for undergraduate entrepreneurship, maintaining its position for producing the second-highest number of undergraduate founders who go on to obtain venture funding. After Berkeley (1365), MIT (1125), Harvard (1100), University of Pennsylvania (1,021), and Cornell (888) round up the top 6 universities in the world by founder count.

This data is based on Pitchbook’s 2020 University Rankings, which produces an annual list of the top 50 schools globally. With a whopping total of 1,365 entrepreneurs and 1,225 startups, UC Berkeley is second only to its neighbor, Stanford, that has produced 1,448 founders and 1,258 startups during the same time.

Moreover, Berkeley has also ranked #2 in the world for number of female founders in 2020, moving up one place from #3 in 2019. 156 female founders have gone on to raise $2.2B in venture funding.

UC Berkeley’s entrepreneurship ecosystem has seen immense growth in the past few years. As a plethora of student organizations dedicated to supporting the entrepreneurial spirit of UC Berkeley students have sprung up across campus, there has never been a better time to become an entrepreneur than now! If you are interested in exploring entrepreneurship, check out some of the SCET Challenge Lab courses here. Students of all backgrounds welcome.

If you have ideas for how SCET can double down on supporting our student founders, we would love to hear your opinions! Send your thoughts and suggestions to scet-ops@berkeley.edu for an opportunity to get your suggestions featured in a future SCET article!

NOTE: The 2020 rankings were based on a new PitchBook methodology that tracked founders of companies that received the first round of venture funding between Jan. 1, 2006, and Aug. 31, 2020. 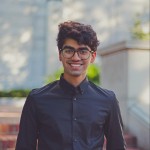