Rob Solomon: From Cal Grad to CEO of GoFundMe This week, students in the A. Richard Newton Lecture Series had the distinct pleasure of hearing a fireside chat with Rob Solomon—a Cal grad and CEO of GoFundMe—moderated by UC Berkeley’s Chair of Industrial Engineering, Dr. Ken Goldberg. Both incredibly accomplished in their own rights, the two professionals created a timeline for Solomon’s experiences at Berkeley, the quickly transforming tech world, and the landscape startups and companies that led to Solomon’s unique perspectives on skill building, the hiring process, and unwavering grit. Rob Solomon was born in New York City, and grew up in Southern Floria with his parents and siblings. The youngest of four boys, Solomon said he always swam and played water polo, which eventually became his gateway to Berkeley.

“I majored in water polo,” the CEO joked with the audience.

His actual major still came as a surprise to many students in the audience—after a series of distinguished speakers from technical and engineering backgrounds, it was refreshing to see someone who majored in history go on to work in the tech industry.

When asked about his first encounters with innovative technologies, he recalled going to Disneyworld Epcot as a kid and seeing the distorted perception of what people thought the future was going to look like; no one had anticipated transformations in communications technologies, he said. Additionally, Solomon said he became well-acquainted with the reality of startups and venture companies by watching his father come up with “the next big thing” and field a series of unsuccessful ideas. His young adulthood, though he didn’t realize it at the time, was inadvertently encouraging his propensity towards entrepreneurial endeavors.

Solomon came to Berkeley the mid 80s, never having used a personal computer. He chose his major, history, because he felt it was multifaceted and all-encompassing. Solomon revealed that he would’ve gone to Stanford if he’d been accepted, but he was glad he hadn’t.

“Berkeley is hard to get into and hard to stay in,” he said, “Berkeley allows you to build up resilience and fortitude.”

Solomon was a first generation student as well, like many students in the audience. His experiences with technology were unique—Solomon enrolled when Apple had released its first laptop. Solomon even made it through Berkeley never learning to type—he’d write up his papers in excellent penmanship and drop them off with a woman in the Berkeley Hills who would type them up for him. Though it’s difficult to think of a time before every student had a personal computer or laptop, Solomon had to quickly adjust to the times and build the skills he needed to stay relevant.

As Dr. Goldberg put it, “You have to learn how to learn.”

Solomon wasn’t hesitant about being honest with his audience, sharing that he had a difficult time getting a job after graduation. His first job was a rudimentary one, testing and answering calls about early video games. He remarked on the fact that this job hadn’t existed before he was in the workforce, and how this is still a pattern today.

“The types of jobs that people have are evolving and expanding,” said Solomon.

Using the knowledge he gained during his tenure testing games, Solomon joined a spinoff with Electronic Arts to develop interactive educational games for kids on CD R.O.M.s. His first real startup, however, was Golfweb, a company trying to bring golfers together to interact and sell products (eventually acquired by CBS). After serving as a Product Manager there, Solomon joined the Yahoo! team. If we can think back to a time before Google, we might remember that Yahoo was one of the first Internet giants. In fact, it was Yahoo that made it possible for the next generation of Internet companies (e.g. Google and Facebook) to exist.

“It’s hard to believe that such a powerful company has fallen so far from the pinnacle,” Solomon reflected.

He used this example to disprove the idea of the “first mover’s advantage,” stating instead that a company can be completely disrupted even if it was the first to create a movement/innovation. Solomon spoke of Netflix, a company that disrupted itself by moving from DVDs to online streaming to stay relevant. Being at the forefront during the rise and fall of a seemingly-infallible company allowed Solomon to learn the importance of being self-conscious and attentive of strengths and weaknesses within a company.

Groupon and an Interviewer’s Insights

Solomon became involved with Groupon when the company was undergoing tremendous expansion, and Solomon was brought on board to help rationalize and scale the organization, as well as hire new members to the team. When asked what he looked for in employees, Solomon responded that from the company’s perspective, it was all about a cultural fit.

“Not everyone can be an A player,” Solomon said. “We need to find the right person for the right role, and create a supporting cast of the right characters.”

It boils down to effectiveness, and from the perspective of Dr. Goldberg, multiplicity. Solomon shared his favorite two questions to ask during interviews:

To build a successful startup, Solomon’s advice was to impact things at the fastest pace possible, and to work on product-market fit instead of simply building for building’s sake. It’s better to work on the exact right thing instead of too many things, he said.

Although GoFundMe took some time to catch on, the company has now woven itself into the fabric of business. This service allows people to start campaigns to raise money for virtually anything, the main themes now revolving around medical, memorial, and disaster-related causes. The sharing dynamics and philosophy of GoFundMe leverages social mechanics to create a new commerce company—one that can actually have a stake in helping people and making an impact. GoFundMe is quickly becoming one of the biggest organizations helping people give to one another, showing more generosity than even the largest donation organizations in the world.

Rob Solomon’s movement through different tech companies, given his unconventional early education, serves as an encouraging story of self-made accomplishment. Solomon’s realistic, straightforward attitude, coupled with his positivity and willingness to embrace and work with change, made him another sensational speaker for this series. 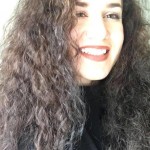