The Sutardja Center for Entrepreneurship & Technology had its bi-annual Berkeley Method of Entrepreneurship Bootcamp (BMoE) this past week, hosting a variety of teams, individuals, and mentors from around the globe. One team consisting of individuals from Denmark and Norway as well as fellow UC Berkeley students proposed an idea called Fishent. Fishent utilizes sensor technology and machine learning to give an accurate shelf life assessment of fresh fish with the goal of lowering food waste and helping consumers save money. The idea for Fishent was originally conceived by three of the team members —Alina Ciobanu, Louise Thorup and Teresa Steiner — at Technical University of Denmark prior to the bootcamp. After seeing the potential in Fishent, these three ambitious students decided to bring their idea to the United States in hopes to develop and build it into a company. During bootcamp, fellow teammates Sigurd Klasson from The Norwegian University of Science and Technology and UC Berkeley students Kelly Young and John Miler sought interest in reducing food waste and wanted to learn from individuals from different fields of study to they decided to be a part of the effort. While researching, the team discovered that due to the high perishability of fish, the number of fish that is eaten equals the number that is thrown away.

Team Fishent decided it was time for a solution after seeing this global problem. Fishent used an electronic nose using machine learning and artificial intelligence and implemented it into a final product that finds data using a fish’s label to determine the entire shelf life of that product. As a result, consumers will be able to reduce food waste.

Team Fishent already has a working prototype that has been tested in Denmark and has also crafted a deal with a Danish fish market. They have received over $30,000 in funding and are now partnered with several companies, like the Danish Food Institute. At the BMoE bootcamp, team Fishent created a business model on how to get the fish in markets through a licensing fee to track how long the fish will last. After realizing how big the global market size is, Fishent decided to expand their business into all food that can perish and to learn how to create a business model. Team Fishent worked with Anastasia Ashman and Pamela Day to help understand how large their market size is and how to build a proper business model.

After preparing a business model, team Fishent learned where they could potentially earn money, how much money they need in order to develop the product in various locations worldwide, and how to calculate the burn rate (a measure of how long Fishent can be sustainable until sales rise).

To learn more about Pamela Day and Anastasia Ashman, please visit our article on their past experiences with working on the BMoE bootcamp here. 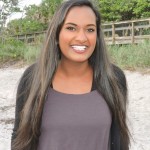