Samantha Walravens, author of the acclaimed book Geek Girl Rising: Inside the Sisterhood Shaking Up Tech, hosted a panel of industry leaders on June 4 to discuss diversity initiatives in the technology industry.

The panel took place at Silicon Valley Bank’s Kellogg Auditorium in Santa Clara as part of the Engineering Leadership Professional Program, or ELPP. All four panelists — including CEO of Tech Inclusion, Melinda Epler, co-founder of Village Global Anne Dwane, and director of engineering at Lever Marco Rogers — recounted examples of their own experience in dealing with equity and inclusion in the workplace.

Walravens noted the importance of diversity among staff, emphasizing that aside from being ethically correct, hiring people from a variety of backgrounds improves business as well. She recalled a 2015 incident where Google’s facial recognition algorithm incorrectly identified African American faces as gorillas.

The panel also discussed inherent biases built into technology, with Walravens highlighting how virtual assistants — like Amazon’s Alexa or Apple’s Siri — are female. Walravens said that the way people command their virtual assistants can lead to negative views of women.

“If you build and train our algorithms with historical data treated by people who are homogeneous, (we’re) going to build biases into technology that is created,” Walravens said. “It kind of scares me as we move into emerging technology.”

Biases do “get baked into our technology,” according to Rogers. He added that despite people’s best intentions, problematic incidents like the aforementioned do not happen naturally; consequently, he said it is important to investigate how inherent biases are woven into widely-used technology. Increasing diversity among staff at tech companies can reduce such occurrences.

Epler spoke about the importance of restructuring the hiring processes, which can weed out candidates that would positively contribute to a company. For example, leaders should make a concerted effort to recruit at predominantly-minority colleges and universities in order to have a more diverse pool of applicants.

Additionally, she emphasized addressing unconscious biases in the interview and screening processes, emphasizing that it’s important to get the “right candidates” to the end, rather than simply fill a quota.

“A lot of companies will test (candidates) on one last, really important challenge that does not relate to their work style,” Epler said. “They might be filtering people that don’t need to be filtered out.”

Regarding safe spaces in the workplace, especially for underrepresented minorities, Dwane said the problem was “top down, bottom up,” and stated that managers should work to foster trust among coworkers. She spoke about her own efforts to create tools for people to come forward and address any workplace concerns with respect, such as assuming that intentions were good, but asking for clarification of any potentially-misconstrued remarks.

Rogers stressed the importance of including women in management decisions, noting that when men know they have to bring information back to everyone involved, they are less likely to engage in important talks in gender-exclusive places — as an example, Roger said, strip clubs.

“With men and their boys’ clubs, if they cared about women being a part of the group, then they would stop doing it — which is a really strong indicator that men have not come around to the conversation,” Rogers said. “If you don’t actually create consequences for people when they’re doing it wrong, you won’t see a change.”

In terms of good leadership, Dwane emphasized the need for bosses to support their staff, saying that the reason people leave companies is that they do not like their superiors.

“The best definition I’ve heard of leadership is helping people be more and do more,” Dwane said.

SCET is Livestreaming from Engineering Leadership Professional Program with author Samantha Walrvens of Geek Girl Rising, an MIT book of the year!

Posted by Sutardja Center for Entrepreneurship and Technology – SCET on Monday, June 4, 2018 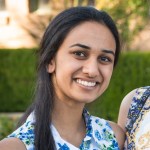