The University of California, Berkeley has created its first ever virtual hub for innovation on campus, named Berkeley Begin – the Berkeley Gateway to Innovation. Now entrepreneurs can more easily connect with Berkeley’s robust network of innovation courses, incubators, accelerators, funding, and social networks.

The goal of Berkeley Begin is to unite Berkeley’s rich entrepreneurship resources under one umbrella website to support innovators in finding the resources they need to move their startups forward. BEGIN – Berkeley Gateway to Innovation is a project of entrepreneurship and innovation groups at the University of California, Berkeley. Pictured here are representatives from partner groups including SkyDeck, IPIRA, the Sutardja Center for Entrepreneurship & Technology, the Blum Center for Developing Economies, Startup @ Berkeley Law, the CITRIS Foundry, and Berkeley-Haas Entrepreneurship program.

“Berkeley has a very active entrepreneurship ecosystem,” said Dr. Ikhlaq Sidhu, founder of the Sutardja Center for Entrepreneurship & Technology at UC Berkeley and professor in the Department of Industrial Engineering and Operations Research. “But if you are new to campus, it can be extremely difficult to understand what resources are available. By compiling all the resources on one website, Begin removes a major barrier to connecting with innovation at Berkeley.”

Berkeley is already one of the best places students and researchers interested in entrepreneurship and innovation could hope to land. According to Pitchbook, Berkeley undergraduate alumni created more companies than any other university between 2006 and 2016. Berkeley also ranks 2nd in total entrepreneur count and total venture capital raised for their startups.

The BEGIN collaboration started when the State of California awarded Berkeley $2.2 million to enhance entrepreneurship and innovation on campus, recognizing the University of California’s unique role in helping to build some of California’s strongest industries, including aerospace, agriculture, biotechnology, computers and semiconductors, telecommunications, and digital media.

Caroline Winnett, SkyDeck Executive Director, said, “SkyDeck is proud member of the powerful community of UC Berkeley entrepreneurship. Begin is a terrific launching point for our startups and anyone who wants to connect with the resources and programs on campus that fuel our entrepreneurs.” 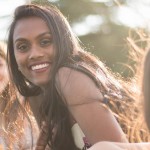